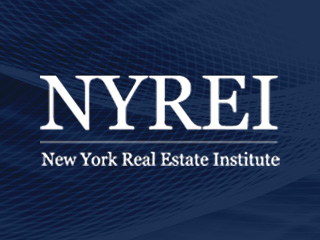 This course covers basic fair housing principles which salespersons and brokers are expected to know and practice. The course also examines the Federal, State, local and regulatory codes that shape fair housing as we know it.

Students will gain a deeper understanding of the law by reviewing historical origins and social objectives. The course begins at the time in America when we had "unfair housing," in other words, people living in the forced servitude of slavery. The historical account continues through the Civil War, the Civil Rights era, and the Women's and Disabilities movements to the present day. Landmark Supreme Court cases are also covered in detail, along with examples of enforcement in the real estate industry. This timeline is intended to clarify, amplify and dramatize the laws we follow in real estate practice.

In licensing classes, students were required to memorize fair housing laws and court decisions. In this class, they learn why and how these historic strides were made. Techniques for upholding fair housing law also will be discussed in detail.

As a lecturer and educator in great demand, Kristen is tirelessly spreading the green message. She has addressed the United Nations twice, spoken annually at the NY Javits Center GoGreen Expo, appeared on national Talk Radio and filmed a pilot for Lifetime TV, along with other television appearances. She has also granted interviews to the Wall Street Journal, Newsweek, the Village Voice and other publications.

Kristen is also a dedicated educator. She wrote the 1st environmental building course accepted by NY Dept. of State. At the request of State University of New York, she created a  Corporate Sustainability curriculum, the first of its kind to be offered at a major university.